Well, I don’t really know why I’m posting, just been long enough that I figure I should put something up. The kids are doing great! They are eager to eat morning and night and start squalling with all the others when it’s time to eat. Next time we way them, about the 9th of February, I’ll make sure and get pictures of them. Rye’s kiko heritage is already showing pretty good, his horns are already starting to spiral, a little of the boer is showing too with the backward angle. Some of the boer goats you see have horns that curl back and over their heads, giving the impression of a football helmet, kikos on the other hand have horns that go out to the sides and spiral out, like long horn cattle. Whiskey is also getting some good horns but they aren’t near so large or impressive as Rye’s.
I’m in the spring play again, so I won’t have as much time to post. Oh, if anyone reading this likes music, you need to watch August Rush. It’s a great movie with wonderful music.

I doubt many of you want or need to watch this, but I’m posting this video I just uploaded. I would like comments on it if possible. It’s on long division & synthetic division of polynomials. It’s for my Algebra II class.

Well, Rye is over 30 pounds and Whiskey is 20 something, can’t think of the number right now. They’re both doing great. Rye can be heard screaming from the house when he’s in the barn and can’t see his ma. It’s kinda funny listening to him wine. Whiskey doesn’t talk much but she has a lot of attitude. My sister is training them to lead on the chain slowly, Whiskey will rear up and spin around and jump when she doesn’t want to go. They both lead fairly well, and they’re learning to stand well, show stand with their feet squared away and back straight.
I’ve got some new pictures to show so here goes.

My sister with Whiskey and Rye, just give you an idea how big they are.

This is Kapitan again, just a good picture to get a look at his horns, check out the spiral he’s getting!

Lace & Kaly, Lace is standing on a tire behind Kaly, otherwise she wouldn’t look as tall.

Finally a picture of Phantom that isn’t super blurry.

I don’t know why I’m posting this, it’s Cord in the stanction, she just finished eating.

I just like this picture, Kenzie is in front and Ace is behind her. She should be kidding in June.


Have a good day and may God bless you.

Well, I haven’t really had time to post or anything to post about. I weighed Whiskey and Rye this morning and found Rye to be 25 pounds 6 ounces, and Whiskey 18 pounds 6 ounces. 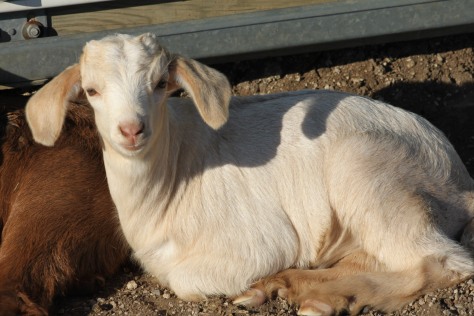 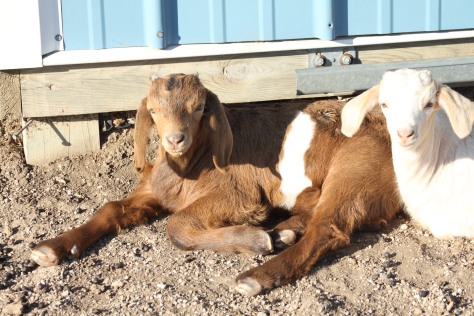 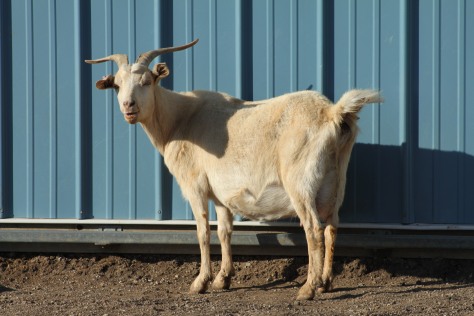 Just throwing Scotch in for the heck of it...

I also decided to throw in some pictures of our horses. 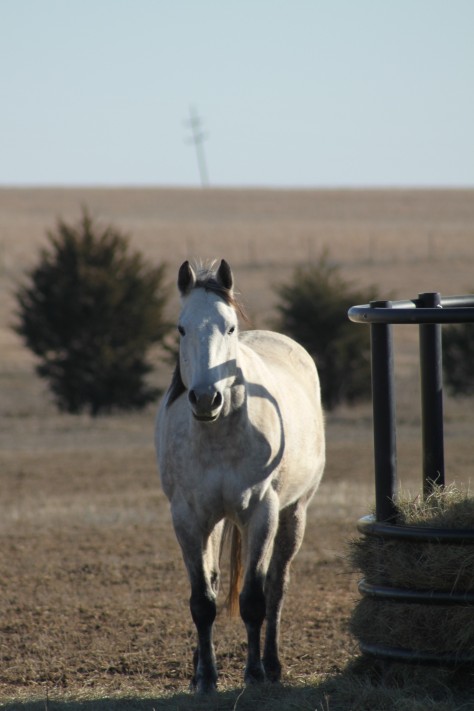 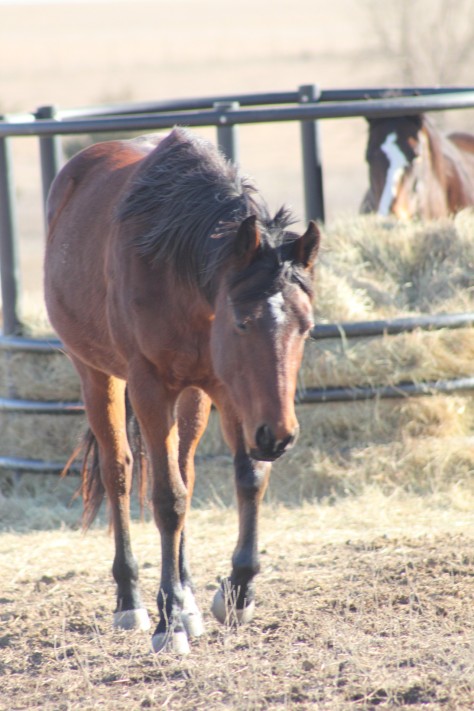 Bandit, my 2-year-old quarter horse gelding. (Genie's in the background) 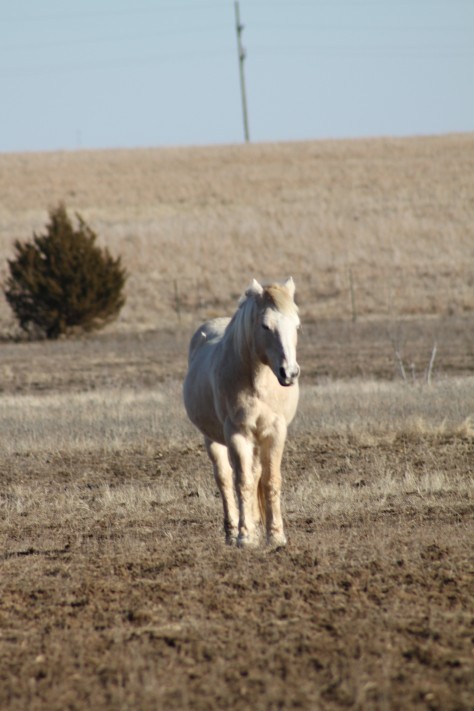 I have another horse, Genie in a Bottle, a paint mare but I don’t have a decent picture of her right now. Anyhow, that’s about all I have to say.

Well the kids are doing great, we think we’ll have a few more hit the ground this month. Whiskey and Rye are eating grain fairly decent and learning to stand tied since they can’t seem to stay in the pen. Lace, the black dwarf doe, along with Torque, enjoy playing with the little balls of energy. Their horns are starting to get more visible, probably about a half centimeter out of their hair. They are really friendly and inquisitive. Hope you all had a good year and holiday season.